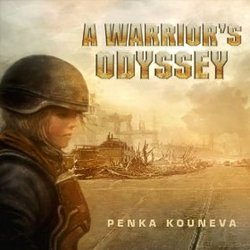 A musical odyssey inspired by the traditions of film music and contemporary video games using a conceptual narrative rather than visuals. The album features 18 tracks: Epic Battle Themes interspersed with Heart-Felt Interludes. A Warrior's Odyssey reflects Penka Kouneva's journey as a rising composer in Hollywood... also known for her many collaborations with composer Steve Jablonsky on scores including Prince of Perisa: The Forgotten Sands, Transformers: Revenge of the Fallen and Gears of War 3 games. The tracks The Battle Must Go On and Pilot Bombardier and Dogfights have both been nominated for Hollywood Music in Media Awards in the category of Contemporary Orchestral/Instrumental.