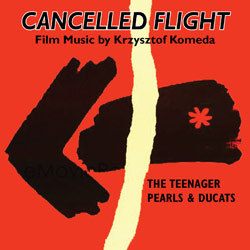 This music comes from Komeda's middle period of composition; a transitional time when he was moving away from his beloved jazz. He realised that while he had used jazz for some earlier films, it was time to move on as it was not necessarily the best genre for film.

He had been experimenting with polyphonic choral styles, which were heard in the later Rosemary's Baby and Dance of the Vampires. These three works are a chance to evaluate this important work.