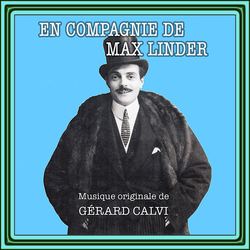 In 1963, Maud Linder called on Gérard Calvi to score En compagnie de Max Linder, a compilation of three silent films directed by her father, Max Linder, a pioneer and a champion of comedy in France, a friend and a model for Charlie Chaplin. This assignment produced nearly an hour and half of almost non-stop music! Our program retains almost half of it, without sound effects. Calvi, in top form, is at the piano, accompanied by a small group of soloists who obviously have as much fun as he does. The last three pieces, taken from a stereo EP released at the time, bring back some prominent themes with different arrangements. Calvi's music for En compagnie de Max Linder has a freshness and liveliness that will cheer up all listeners, even outside the context of the images.