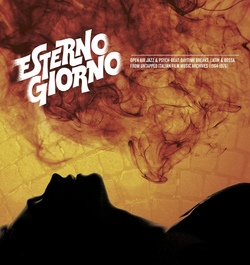 Chapter two of a compilation project centered around and inside the secret archives of RCA's glorious soundtrack catalogue—full of unreleased tracks from great Italian soundtrack Maestros such as Gianfranco Reverberi, Armando Trovajoli, Piero Piccioni, Paolo Ormi, Nico FIidenco, and so on. Light and joyful music made for plein air sequences of 60's and 70's Italian cinema. Presented here is an explosive mixture of jazz, blues, funk, psychedelia, and spicy exotica, composed for a wide range of movies, from thrillers to sexy comedies, and from TV sci-fi to superhero films.