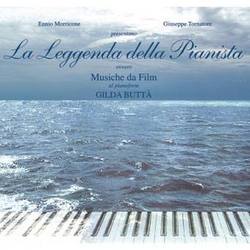 In the occasion of the 15th anniversary of the concert, we wanted to pay tribute to the person of Prof. Franco Di Silverio founder of Mu.T.A.C. Museum of arts and traditions in Picciano, presenting for the first time the integral video recording of this particular event, born from the fraternal friendship between Franco Di Silverio and Ennio Morricone.

The live recording took place during the concert, it is just the reproduction of the evening, made ​​with a single camera, whose purpose was to show to the audience, close up of the execution of Professor Gilda Buttŕ.

The movie quality is not good, but being able to retrieve this footage that we thought to have lost, because the video recording was not planned for the concert, turns out to be an important document for the familiarity and availability that the Maestro Morricone had given in the evening, as if it were a concert among friends (and actually was), which happens rarely.

Also of particular importance is the presence in the video recording, of an additional track which was not included in the CD version made ​​in 2003, being granted an encore by Maestro Morricone and Professor Buttŕ, at the request of the audience.

The best music of Morricone is recorded on this CD and DVD.