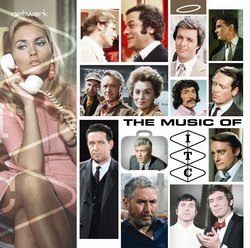 The Music of ITC

An exceptionally cool collection of theme and incidental music from series such as Man in a Suitcase, The Protectors, Strange Report, Department S, The Prisoner, Gideons' Way, The Baron, Strange Report, The Persuaders!, The Adventurer and more.

Alongside a commemorative booklet it also includes exclusive music suites from The Persuaders!, The Zoo Gang, Return of the Saint and The Baron that are not available elsewhere.