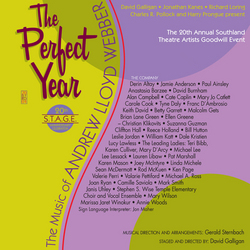 The annual STAGE benefits have been going on for over twenty-five years now—they are always an exciting event, peopled with wonderful performers doing wonderful music. Several of them have been recorded live and released on CD, including the Kritzerland release of Schwartz, Schwartz, and Strouse. We are very pleased to present three never before released recordings, including this amazing tribute to Andrew Lloyd Webber.

Recorded live, with all the vitality and excitement and, yes, sometimes roughness that goes with the territory. It was a once-in-a-lifetime evening and it's captured in all its glory on this two CD set.