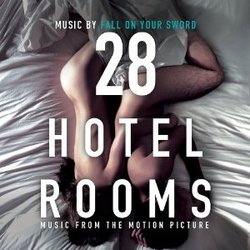 The music for 28 Hotel Rooms is by Will Bates of the Brooklyn-based electronic band Fall On Your Sword. After releasing the soundtrack to Another Earth (M2-36546), this is the second time Milan Records works with FOYS. The duo has gained swift recognition as a rising force in the world of contemporary film scoring as well as recording/performing artists and viral video mavericks.

The album also includes the credit song "A Dash of Pixie Dust" by Kirk Ross and Lindsey Haun's "Looking at You."