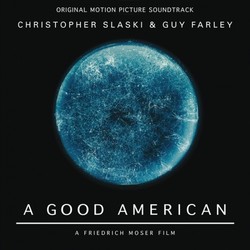 The very special soundtrack for this fascinating thriller-documentary (directed by Friedrich Moser) has been written by two British composers: Christopher Slaski and Guy Farley. Together, they have provided an intense, exciting and highly vigorous score with thick orchestral colors—lyrical, dark and rhythmic. Combining orchestra and electronics, the music has been delicately recorded at Abbey Road Studios in London under the baton of both composers.