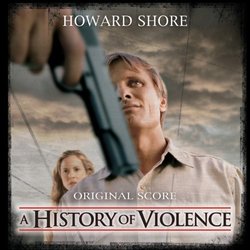 A History of Violence

Review: History of Violence, A

David Cronenberg's latest film ranks amongst his best work. He takes a seemingly simple story and transforms it into something which falls nicely into his canon of work. Tom Stall (Viggo Mortensen) is a quiet family man whose life is turned upside down when he thwarts an armed robbery in his diner. Having made the news for his bravery, he's soon visited by a horribly scarred man (Ed Harris) who claims to know him by another name. A case of mistaken identity soon begins to spiral out of control as violence begins to pervade every facet of Tom's life. Like the protagonists of other Cronenberg films, Tom undergoes a metamorphosis. Unlike the physical body horrors of The Fly or Scanners, this change is more internal. It all makes for a great character-based thriller.

Cronenberg once again teams up with his longtime composer, Howard Shore. As in their previous collaborations, the score works beautifully with the visuals and as a stand alone piece. It would be tempting to say that Shore has churned out yet another brooding score for Cronenberg. Such a statement would belittle the careful work that's been put into this score. In lesser hands, this material would have been standard straight-to-video fare. But in the hands of these two creative minds, the material is elevated to a much higher level. Shore's music is vitally important in not only establishing the mood of the story, but in enhancing its themes which is what all good film scores should do.

"Tom" uses French horns to give the protagonist a sense of nobility and righteousness of the common man. This theme is used when we see Tom in idyllic settings and when he's treated as a hero by the town. For all it's warmth there is still a hint of foreboding darkness lying just underneath.

"The Staircase" is a cue for one of the film's most powerful scenes when Tom and his wife make love on the stairs. It comes at a critical point in the film when more of Tom's character is revealed and the threat of continued violence looms over the family. By turns brutal and tender, it's not a typical love scene. Rife with conflicting emotions, there is strong element of attraction and repulsion between Tom and his wife. And while the audience hopes for reconciliation between the two, Shore's music hangs over the scene like a wet blanket. It takes Tom's theme and twists it into its darker brethren. The possibility of a happy ending seems remote. Yet, the music gives the scene a sense of emotional honesty and complexity. There are no easy answers for these characters and the problems they face. This love theme also comes in at the end of the film when, without giving away too much, the monster comes home. It's another beautifully played scene with no dialogue. It's just visuals and music.

The Violence theme can be heard in a couple of cues - "Diner" and "Violence". It begins ominously and slowly builds to a sustained pitch giving the violence on screen a sense of inevitability. And when violence does erupt, it is brief, brutal, and ugly. The cues then use a single sustained note as a release from the tension before segueing back into foreboding territory as the characters deal with the aftermath.

Shore has scored another winner. Taking a complex subject matter and thematic material, his contributions to Cronenberg's vision are just as striking. Strong themes and effective suspense cues come together for a very strong album. For Cronenberg/Shore fans, this is a must have.