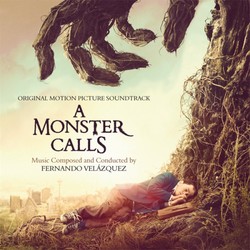 Velazquez's masterfully written score focuses on the character of young Connor, his fears, doubts and feelings. The music encompasses tenderness, sadness and nostalgia, with dramatic passages and soaring climaxes, including powerful percussive passages—masterfully orchestrated and full of delicate nuances. The composer conducts the prestigious Basque Symphony Orchestra and the Orfeón Donostiarra Choir.

The album features an original song composed by the famous British group Keane, the only English band other than Radiohead, Oasis and The Beatles to have two LPs on the Q magazine list of the 100 best British albums of all time.