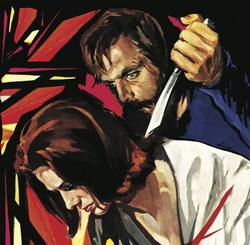 A Quiet Place in the Country

The missing link in the Ennio Morricone / Gruppo discography. Their original unreleased avant / cacophonic score to Elio Petri's manic Artsploitation masterpiece was the first and last time Morricone and Il Gruppo would co-sign an OST/session.

Conducted by Bruno Nicolai with vocalisations by Edda Dell'Orso and drums by Vincenzo Restuccia, A Quiet Place In The Country is an historic (and quite forgotten) recording that sees Il Gruppo in their key gestational phase just prior to recordings for Deutsche Grammophon, RCA Italiana (The Feed-Back) and the magnificent unreleased session, Niente.