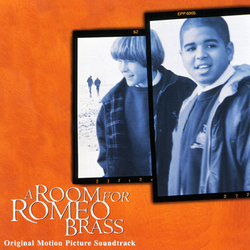 A Room For Romeo Brass

A Room for Romeo Brass is a 1999 film directed and written by Shane Meadows. It was co-written by frequent Meadows collaborator Paul Fraser. The film stars Andrew Shim as Romeo Brass, Ben Marshall as Gavin Woolley and Paddy Considine as Morell. It was nominated in three categories at the 1999 British Independent Film Awards. It follows the young Romeo and his best friend Gavin, as they undergo a tumultuous period in their childhood. The soundtrack includes music by The Specials, Ian Brown, Donovan, P.P. Arnold, Beth Orton, The Stones Roses and many more.