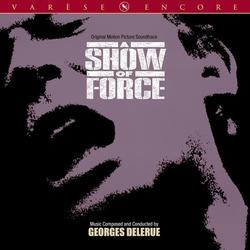 A Show of Force - Encore Edition

A powerful and beautiful Georges Delerue score from 1990 returns after almost 30 years! A Show of Force was a political thriller directed by Bruno Barreto and starring Amy Irving, Robert Duvall, Andy Garcia and Lou Diamond Phillips.

Originally release on the Varčse Sarabande sub-label called Colossal, this stunning Delerue score was available for only a short time. Here's a second chance for everyone who missed it at the time or maybe wasn't even collecting yet back in 1990.