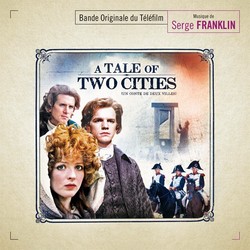 In collaboration with Universal Publishing Production Music, Music Box Records presents on CD the expanded score from the original television mini-series Philippe Lemonnier's A Tale of Two Cities composed by Serge Franklin in 1989.

This epic score is based on three main themes with its strong melodies, and simple yet powerful orchestration: the sweeping main theme with full orchestral and choir, the lyrical and ethereal theme of liberty and the majestic anthem-like theme.

This expanded edition, fully remastered from the original recording sessions, features 5 previously unreleased tracks and includes an 8-page booklet with liner notes by Gérard Dastugue, discussing the film and the score.