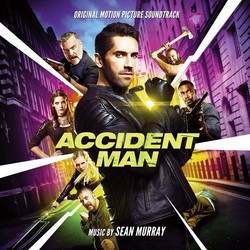 For Accident Man, Sean Murray has written a full throttle action score, including some great electronic throwbacks during the fight scenes to bands from the late 70s, early 80s, such as Tangerine Dream.