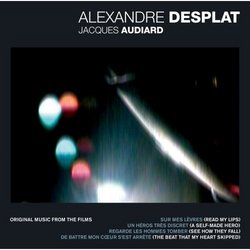 In 1994, Jacques Audiard released his first movie. Well, it\'s hard to say Regarde les hommes tomber (See How They Fall) was his first move, as Audiard had been writing screenplays for fifteen years by that point, but it was the first movie he wrote and directed. Regarde les hommes tomber was a thriller following two simple, parallel stories that ultimately converged in unexpected ways. From a plot summary, the film sounds as though it is nothing special, a standard thriller, but Audiard did something unique with his film – he made it about people. The thriller aspects of Regarde les hommes tomber are secondary to the exploration of character. This merging of styles – drama, action, and even comedy – has continued to be a feature of all Audiard\'s films.

But beyond creatively mixing genres and making a thriller with characters you care about, Audiard made another important decision for his first film. He asked the then relatively unknown composer Alexandre Desplat to score the film. Desplat proved to be a composer who could capture the tone of Audiard’s films perfectly without resorting to obvious depictions of what was on screen. The resulting magic between these two artists can only be compared to the synergy between Hitchcock and Herrmann. In fact, the collaboration was been so successful, currently stretching over five films and garnering each man multiple César nominations and wins, that English-language directors took notice. When he heard one of Audiard\'s films, Peter Webber knew he had found the man to score his film Girl With a Pearl Earring, and launched Desplat into the Hollywood orbit.

Thankfully, record companies are catching on to what English cinema has known for a few years. Alexandre Desplat - Jacques Audiard collects some of the best moments of their collaboration for English audiences and the release is a treasure. Forget Girl With a Pearl Earring, forget Birth, forget Syriana - these scores truly show Desplat at his most inventive and best display his ear for tone color. The sound of these four films could not be more diverse, but within each there is a unity and directionality that is astounding.

The album starts off with Sur Mes Lèvres (Read My Lips), a score that has never been released until now. Sur Mes Lèvres is in three movements, and follows the lives of the two main characters, a hearing-impaired secretary and the ex-convict who pulls her into a heist. Yet true to Audiard\'s films, the focus is on the characters\' growth and so Desplat\'s score is mercifully free of the typical action movie histrionics. Each movement begins with a downward arpeggio on the bells, the middle movement being slightly faster than the outer movements and depicting the change happening to the characters through a completion of the downward arpeggio with a final upward turn. This slight change makes the middle movement more hopeful than the outer two, although the tone is elegiac throughout. These selections show Desplat to be a master of understatement, even ending on a soft, chromatic chord progression that hovers high in the string register, takes a moment\'s breath, and then resolves to a luminous major chord supported below by basses.

Moving from that sublime ending, it is a bit jarring to encounter the accordion of Regarde les hommes tomber. The selections from the pair\'s first collaboration could not be more different in tone from Sur Mes Lèvres. They are light, jaunty, and full of whimsy, even when things turn sinister for the protagonists as in "Les Jours Passent." This feeling is largely accomplished through Desplat\'s tone painting, as he works with a circumscribed orchestra featuring the accordion, tuba, celesta, chimes, and trapset. Listening to it I have to imagine that its sound surely inspired Yann Tiersen\'s Amelie.

Un Héros Très Discret (A Self-Made Hero) is unique in Audiard\'s output in being set during WWII. The film follows the story of Albert Dehousse, a man who decides to join the Resistance against the Nazis and to cast himself as a hero. Although it has a serious subject, Un Héros Très Discret is a comedy and Desplat\'s score firmly mirrors that feel. The score is light on its feet, full of plucked strings and mandolins, and never resorts to trying to recreate the period. Instead, Desplat paints the "hero\'s" activities as he navigates a difficult moment in history. The score is also threaded throughout with Desplat\'s characteristic ostinati supporting a soaring melody that rises out of the recurring pattern and eventually succumbs to it. The majority of the tracks on this CD are from Un Héros Très Discret, and they are quite different from what we are used to hearing from Desplat, but I challenge you not to be swayed by the delightful music it contains. It is so successful in representing a style we haven\'t heard much from Desplat here in the States that I look forward to his first full-fledge comedic assignment in English.

Finally, the CD ends with a suite from De Battre Mon Coeur S\'est Arrêté (The Beat That My Heart Skipped), the most recent collaboration on the disc. De Battre Mon Coeur S\'est Arrêté features two characters who must speak through music, through playing the piano. Because of this focus, Desplat brings the piano to the forefront, but not as a main melody instrument. Instead, it echoes other instruments, stumbles and hesitates, and seems to be hiding something, much like the characters in the movie. It is a marvelous touch that goes unnoticed in the film but works wonders in exploring the screen relationships musically. As a suite, De Battre Mon Coeur S\'est Arrêté holds together the least well of any of the shorter cues on this release, but the wealth of sounds it displays make it an intriguing listen.

There is so much on this compilation that I have only begun to scratch the surface. All I can do is encourage you to find out why Desplat has so quickly risen to the forefront of film composers, evidence of which is sprinkled throughout this recording. With the recent notices Desplat has received for The Painted Veil and The Queen, he will certainly be scoring more American and British films, but the depth of the music he has created with Audiard makes me hope that he will always return to his roots.