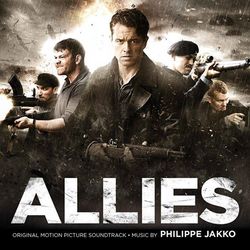 While the music clearly favors the lower range of the orchestra with a heavy reliance on celli, alti, double basses, horns and snares engaged in furious ostinati, a handful of lyrical moments heighten the emotional impact with a choir as well.