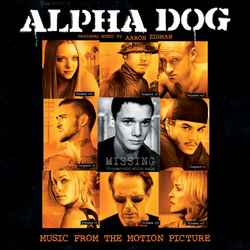 Chosen as the closing film for the Sundance Film Festival, Nick Cassavetes' (The Notebook, John Q) Alpha Dog is the story of teenage suburban drug dealer Johnny Truelove (based on the real life criminal Jesse James Hollywood), the youngest man ever to appear on the FBI's Most Wanted list, at age 19. As The Hollywood Reporter put it, "Cassavetes simply plunges you into an unhealthy environment of social disintegration and never eases up." The soundtrack is full of original hip-hop by Aaron Zigman, who also scored Cassavetes's The Notebook and John Q. This hip-hop was specifically written for the film, performed by a variety of artists.