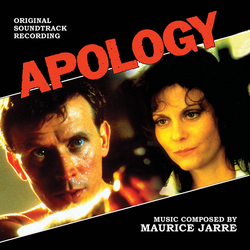 Originally released on vinyl in 1986 by Varese Sarabande, the album, produced by Jarre, was sequenced far out of film order to maximize listenability as a work of music alone. Buysoundtrax presents Apology on compact disc for the first time, newly remastered by James Nelson of Digital Outland, with liner notes by author Randall Larson