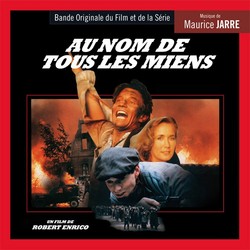 This international coproduction allowed Maurice Jarre to work again with a French director. The story and Enrico's direction inspires him an intensely melodramatic score for full orchestra with the singular tone of an accordion solist. Between lovely waltz, haughty march and cabaret or bar music, the score is especially driven by the strength of a typical main theme and its very emotional variations which reveal behind every strings line a true desire to live.

Precise and concise in his interventions, as usual, Maurice Jarre worked for two different edits of the movie, the first one short (2h25) only intended for cinemas and released at the end of 1983, the other one (about 7 hours) broadcasted on French television at the beginning of year 1985.

Music Box Records proudly presents the most complete version to date, fully remastered, with additional music compared with the previous CD edition released already 18 years ago: it represents all the sequences scored by Maurice Jarre for both edits, including some source music which he signed himself.