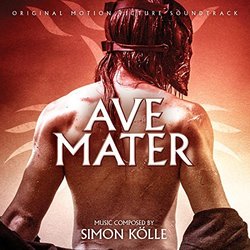 By winning the Best Original Score at the Hollywood International Film Festival in 2016 and becoming the Best Original Score at London Independent Film Awards, Simon Kölle's Ave Mater has already proven itself as one of the most engaging horror scores of the past season. With a story about the investigation of a mysterious cult whose activities create panic in the Swedish city of Gothenburg, Rasmus Tirzitis' supernatural thriller has lent itself to a dark and powerful underscore that reflects on both the uneasy alliance between the investigator and a former reverend as well as the mystic rituals behind the murders.

While scoring Ave Mater, Simon Kölle was inspired by both the occult and the church. As he explains: "Composing the score meant me setting out on a journey to create something dark, exciting and filled with suspense, but not horror. Rasmus was rather clear that he felt that the music should be the 'beating heart and soul of the film', a true guide throughout the story. To work with a couple of clear themes got important with the choir and the cello became crucial to capture the feeling of the occult." The score features the Lidingö Chamber Choir who sing and chant in both Sumerian and Latin.