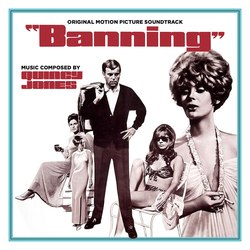 Composer Jones' tuneful and jazzy score, performed by a 55 piece orchestra, showcases the maestro at his best, highlighting his arranging and compositional skills while expertly providing the musical foundation for the film's drama and reality. The film's striking main theme and song "The Eyes of Love," was Academy-Award nominated and the version heard in the film, sung by Gil Bernal, makes its debut on this CD release. Produced, mixed, edited and mastered by Mike Matessino, this limited release of 3000 units features exclusive, in-depth liner notes by writer Jon Burlingame and art direction by Mark Banning.