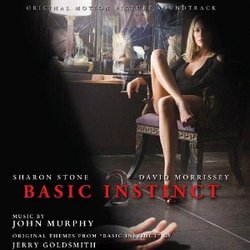 Presenting the original motion picture soundtrack to one of the most anticipated thrillers of the year, Basic Instinct 2, starring Sharon Stone (Basic Instinct, Casino), opening in theaters across North America on March 31, 2006, from Sony Pictures Entertainment and Intermedia.

The film is directed by acclaimed filmmaker Michael Canton-Jones (This Boy's Life, Rob Roy, The Jackal).