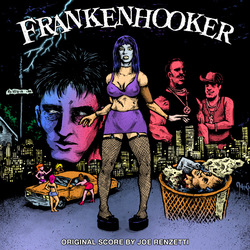 Ship to Shore PhonoCo. is proud to present the first ever vinyl release of Joe Renzetti's scores to Frank Henenlotter's Basket Case 2 and Frankenhooker. Instead of going for the obvious, campy approach, Renzetti plays it straight, letting his moody, sometimes unsettling music act as counterpoint to the absurd on screen happenings.

Featuring reversible cover art by Cleveland comic-book legend John G, extensive liner notes by Renzetti and a completely remastered score supervised by the composer, this is a release that is not to be missed by fans.