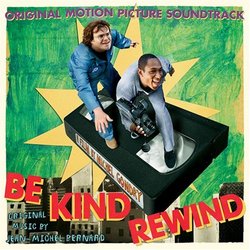 Jerry, a junkyard worker who attempts to sabotage a power plant that he believes is melting his brain. But when his plan goes awry, the magnetic field that he creates accidentally erases all of the videotapes in a local video store where his best friend Mike works. Fearing that the mishap will cost Mike his job, the two friends team up to keep the store's only loyal customer - a little old lady with a tenuous grasp on reality - from realizing what has happened by recreating and re-filming every movie that she decides to rent.

From "Back to the Future," to "Robocop," to "Rush Hour," to "The Lion King," Jerry and Mike become the biggest stars in their neighborhood by starring in the biggest movies ever made.