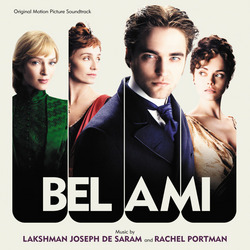 Based on the novel by Guy de Maupassant, Bel Ami is an erotically charged tale of ambition, power, and seduction that chronicles the rise of penniless ex-soldier Georges Duroy (Robert Pattinson—The Twilight Saga, Remember Me) from poverty up through the echelons of the 1890s Parisian "beau monde" elite. Using his wits and powers of seduction, Duroy moves from a prostitute's embrace to passionate trysts with wealthy beauties who inhabit a world where sex is power and celebrity an obsession, and where politics and media jostle for influence.