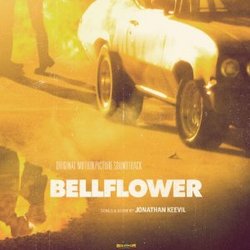 Though an integral part of Bellflower's pre-production phase, Jonathan Keevil was forced to leave Ventura County and return to his native Canada just as production started to ramp up. Jonathan and Bellflower writer/director Evan Glodell kept in touch, and though out of the country, Jonathan assisted with production as much as he could. He also bugged Evan persistently about a hard drive he had left behind amongst Evan's equipment that held a batch of original music he had recorded over the years.

As the editing process began, Evan found Jonathan's hard drive of recordings, and on a whim, he overlaid Jonathan's music on a montage that he'd just edited. Evan fell in love immediately—Jonathan's music perfectly fit the mood and aesthetic of Bellflower. It wasn't until later that Evan learned that the majority of Jonathan's songs had been written after a particularly bad breakup similar to the relationship that had inspired Evan to write Bellflower. As these songs came from similar feelings of sensitivity and heartbreak, Evan became determined to fit as much of Jonathan's music into the film as reasonably possible.