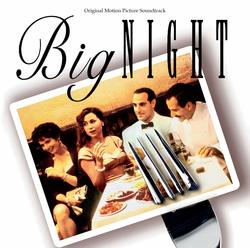 This 1996 film about two brothers struggling to keep their Italian restaurant open stars Stanley Tucci, Campbell Scott, and Tony Shalhoub. The soundtrack album features a great line up of beloved 50s era Italian-American classics including several cuts by the one and only Louis Prima. Previously out of print and unavailable for many years.