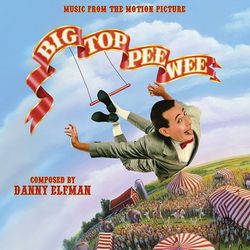 Composer Elfman re-unites with Paul Reubens to bring Pee-wee to life in exciting new environment—a bold circus milieu. Exciting, charming and beautiful all at once, the score marks an important chapter in the evolution of Elfman's astounding career.