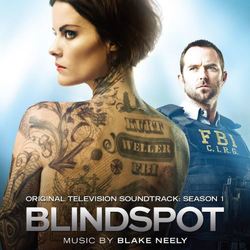 La-La Land Records, Warner Bros. and WaterTower Music present the original score to the debut season of the hit television series Blindspot. Renowned composer Blake Neely launches an exhilarating musical arsenal of white-knuckle action and psychological drama to perfectly compliment this inventive, cutting-edge action-thriller series. The first season's musical highlights have been assembled by the composer into a riveting listen that will delight fans. Produced by Neely and mastered by Stephen Marsh, this is a limited edition release of 3000 units featuring a note from the composer and sleek art design by Dan Goldwasser.