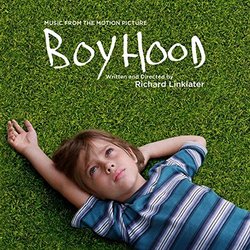 The film's soundtrack spans the story's 12 years, with songs ranging from the year 2000 (Coldplay's "Yellow" and The Hives' "Hate to Say I Told You So") to 2013 (Yo La Tengo's "I'll Be Around"). The album also includes the classic "Band on the Run," by Paul McCartney and Wings (from the 2010 re-mastered album of the same name) and the debut of a new song written by Jeff Tweedy and performed by the father/son duo Tweedy—"Summer Noon." The album was produced by Richard Linklater and Randall Poster.