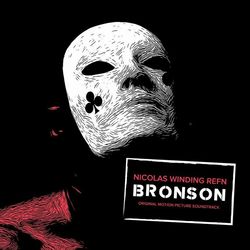 Bronson already features elements that we associate with Nicolas Winding Refn's films, such as its pumping soundtrack. A modern Clockwork Orange, Bronson features unforgettable music between the recurring electro-pop "Digital Versicolor" by Glass Candy, the menacing "The Electrician" by The Walker Brothers and music by the likes of New Order and Pet Shop Boys. Balancing this modern act, the film includes beautiful classical compositions by Giuseppe Verdi, Richard Wagner, Anton Bruckner and more!