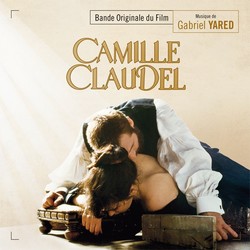 Adapted from the biography written by Paul Claudel's granddaughter Reine-Marie Paris, the film was a project initiated by Isabelle Adjani. The film tells the story of the troubled life of French sculptor Camille Claudel and her long relationship with the sculptor Auguste Rodin. Camille Claudel received wide public and critical acclaim, won five César awards including the one for Best Feature Film and contributed to the rediscovery of the sculptress' works.

To illustrate the artistic and amorous passion of the characters onscreen, Gabriel Yared composed beautiful strings pieces inspired by German postromantic music. This album allows listeners to fully appreciate the many shades of this score by adding several previously unreleased tracks to the original edition. The 12-page booklet by Gabriel Yared gives insight into the scoring process. This is a limited edition of 350 units.