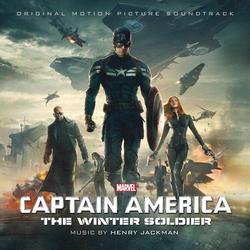 For the new Marvel entry, Captain America: The Winter Soldier, composer Henry Jackman takes over the helm from Alan Silvestri to provide a modern, thundering new score. Just as Steve Rogers struggles to find his place in a modern world, the score ramps up with modern sensibilities and joins Rogers as he leaves behind memories of the '40s world and deals with a new and more menacing enemy. Jackman's goal was to create a score that fused the symphonic, heroic and thematic into one coherent work, while also creating something dark for the Winter Soldier, himself. Capturing the essence of not only a superhero story but also a dark political thriller, Jackman's score modernizes and darkens Captain America's world.