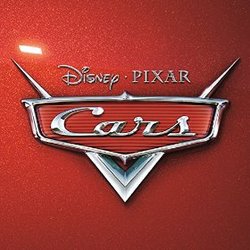 When you stop to think about it, it really is remarkable. Over the past ten years, a little animation company called Pixar (you might have heard of them) has released one of the most consistent strings of artistic and financially successful films in history. And in doing so, they have changed the face of animation. Everyone has jumped on the computer animation bandwagon thinking it must be the style of the pictures that makes them so successful. But it\'s the story and the heart behind these pictures that makes them work, and a large part of that heart comes from Randy Newman.

With the exception of Finding Nemo (scored by Randy\'s cousin Thomas Newman) and The Incredibles (featuring Michael Giacchino\'s first score), Randy Newman has been the musical soul of Pixar\'s films. His style has helped define the pictures\' tone and it is no different in the most recent Pixar creation, Cars.

Cars takes place in a world completely populated by automobiles; even the flies are tiny little cars. It this world it makes sense that car racing would be the dominant sport and our hero, Lightning McQueen, is a rookie on the circuit trying to win the Piston Cup. The film is book ended by scenes of McQueen\'s races, but the meat of the story occurs in the town of Radiator Springs. Radiator Springs is located somewhere in the desert southwest along Route 66, and in typical fashion, our suave, urban hero gets stranded there just long enough to find himself. The tension between rural and urban, explored both in locale and in the fish-out-of-water story, is ably given life by Newman from the first cue "Opening Race." It begins with a trumpet fanfare and leaping strings in wide open chordal spacing. It is a familiar sound as composers since Aaron Copland have used it to represent the sound of the American West. But as the race begins, a hard driving electric guitar riff takes over. The juxtaposition is jarring on first listening, but makes perfect sense in the film\'s context. In the opening few measures Newman is foreshadowing the rest of the film, our hero\'s journey. But after the guitars, he settles into fairly standard "hard driving" music, keeping the tension high for the remainder of the cue.

For the film\'s time in the Southwest, Newman strangely adopted the sound of the Southeast. "Bessie" is a down and dirty blues rift with guitars, bass, drum set, honky-tonk piano, and trombone. "McQueen and Sally" is a Nashville country ballad with banjo, guitar, and an instrument that sounds like a dulcimer. These are the sounds of modern country music and Newman, following the story\'s juxtaposition of urban and rural, adopts those familiar sonic tropes and moves them to the Southwest. But since these sounds have such strong visual analogs for us as viewers, the sound works, even if it belongs to another place and time. It also helps that Newman uses these instruments masterfully, interweaving them with lovely string sounds and forming a sound that is at once the South and country and at the same time all of us.

Newman\'s instrumental score is aided by the song score collected on the album. As you might expect, Chuck Berry\'s iconic "Route 66" is included here, but it is joined by a new version by John Mayer. If you only know Mayer from his saccharine radio ballads, you\'ll be pleasantly impressed by the fiery guitar and piano work and how successfully the singer captures the song\'s mood. Newman contributes a song of his own to the score, the lyrical and haunting "Our Town," performed with appropriate world-weariness by James Taylor. There is also a strange cover of Tom Cochrane\'s "Life is a Highway" by Rascal Flatts. I call it strange because unlike Mayer, who wisely makes "Route 66" his own, Flatts\'s version plays like a note-by-note homage to Cochrane\'s version. But the real standout on the album is Sheryl Crowe\'s "Real Gone." She uses the Southern rock tradition to create a satisfying song that both fits the score\'s aesthetic and has the potential to transcend it.

Overall Cars is a rousing experience. It is a wonderful summer score – light, fun, and a bit fluffy, the perfect music to take as you drive to the beach. Will it stand out at the end of the year as one of the best score? Probably not. Emotionally it isn\'t up to Newman\'s Toy Story II and it isn\'t as innovative as Thomas Newman\'s sparkling score for Nemo. But in a summer of overblown productions and scores, it certainly hits the spot.