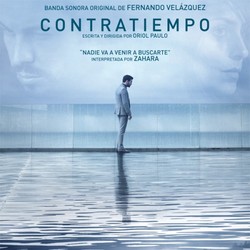 
Fernando Velázquez's score is intense, atmospheric, exciting, vibrant, romantic and dark – an orchestral tour-de-force (with added electronic textures) performed by the Euskadi Symphony Orchestra under the baton of the composer.


The album also includes the original song "Nadie va a venir a buscarte," composed by Velázquez and performed by Zahara.