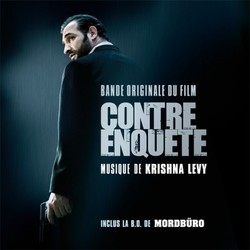 For Contre-enquęte, Franck Mancuso, a former policeman and co-scriptwriter of 36th Precinct (2004) with Olivier Marchal and Julien Rappeneau, delivered a dark film with gripping suspense served by the performance of Jean Dujardin in one of his first dramatic roles. Krishna Levy composed a very gloomy score in order to emphasize the chilling atmosphere of the feature film. Some musical pieces are reminiscent of Bernard Herrmann's works for Hitchcock thrillers. The score for Mordbüro is more romantic and colourful and dominated by a main theme in the form of a waltz.

Remastered from the original recording sessions, the program has been assembled, produced and supervised by Krishna Levy and Édouard Dubois. The 8-page booklet features liner notes by Sylvain Pfeffer, discussing the films and the scores, based on an original interview with Krishna Levyp.