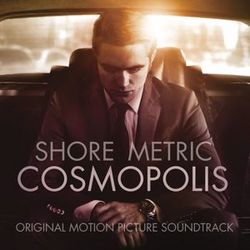 The soundtrack for Cosmopolis reunites composer Howard Shore and the band METRIC for another cinematic collaboration. While writing the score for David Cronenberg's film adaptation of the Don DeLillo novel Cosmopolis, Shore conceived of a particular live sound to achieve his vision and invited METRIC to perform the score and co-write three songs.

The result is an atmospheric, urban soundscape of analog synths and layered guitars featuring the hypnotic vocals of METRIC lead singer Emily Haines. The Cosmopolis soundtrack also features "Mecca" by Somali Singer/Rapper K'NAAN with lyrics by the artist and Don DeLillo.