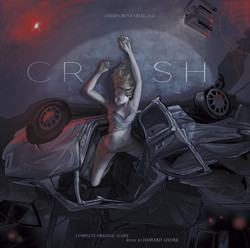 Celebrating the 20th anniversary of this complex film, Mondo and Howe Records are pleased to present Howard Shore's score for Crash for the first time ever on Vinyl, with original artwork by Rich Kelly.