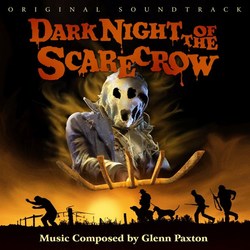 Dark Night of the Scarecrow

Klaatu Records proudly presents the score for the cult-classic horror film, Dark Night of the Scarecrow by composer Glenn Paxton. The heart of the score consists of 4 keyboards: 3 synthesizer players, one piano. The rest of the orchestra – brass, percussion, and strings – reinforce, enlarge, and embroider on what the synthesizers and piano are doing or have done.

Dark Night of the Scarecrow is a 1981 made-for-television horror film directed by veteran novelist Frank De Felitta from a script by J.D. Feigelson. When a mentally challenged man (Larry Drake) is brutally murdered by a posse of locals (Charles Durning, Lane Smith) who wrongly accuse him of harming a young girl (Tonya Crowe), a terrifying scarecrow appears and exacts violent revenge on the killers.

For this release the original elements, unfortunately, could not be located after months of searching. Working with Post Haste sound, we were able to acquire the 48Hz/16Bit audio from the Pro Tools 2.0 film mix session used for the DVD/Blu-ray release. The packaging consists of a 4 page booklet featuring notes from composer Glenn Paxton and Writer/Producer J.D. Feigelson with artwork layout designed by Luis Miguel Rojas.