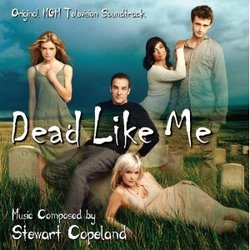 Famed member of the legendary The Police and acclaimed composer, Stewart Copeland (Wall Street, Very Bad Things) finds all the joy, drama and laughs within this amazing series and fashions a music score that carries the listener through the varied emotions of this life... and the one beyond! Produced by Ford A. Thaxton and mastered by James Nelson from MGM vault elements, this release also features the Pink Martini track "Que Sera Sera" (featured in the show's pilot episode) and includes in-depth liner notes on the show and its music by writer Randall D. Larson.