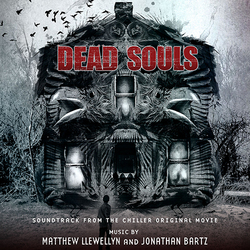 Composers Matthew Llewellyn and Jonathan Bartz (both scoring team members on several Brian Tyler scores including The Expendables 2 and Final Destination 5) have created a wonderfully old-school horror score that pays tribute, above all, to Bernard Herrmann but also more modern scoring icons such as Alan Silvestri (the action writing) and John Williams (the romantic material).

Featuring an exquisite performance by the Slovak National Symphony Orchestra conducted by film music veteran Allan Wilson, the score is filled with exciting setpieces and a refreshingly straight-forward approach to the on-screen action.

Llewellyn and Bartz never resort to the now so common middle of the road aleatoric techniques in this score; music remains highly interesting and entertaining throughout and sometimes truly complex harmonically ('Unearthing the Past' a highlight in this respect).