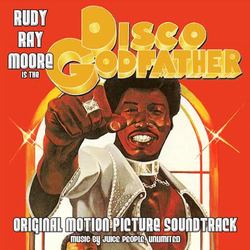 Despite the film's initial failure, the soundtrack has become a highly sought after album, no doubt due to the high caliber of its legendary studio performers.

This digital release marks the first time the original motion picture soundtrack has been made commerically available, since its release in 1979, along with exclusive bonus content, including a audio trailer and never before heard behind-the-scenes production audio from the set of the motion picture.