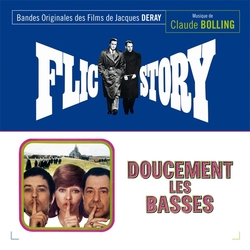 This present edition has been fully remastered from the session tapes by Claudio Fuiano and includes an 8-page booklet with liner notes by Gilles Loison, discussing the films and the scores.