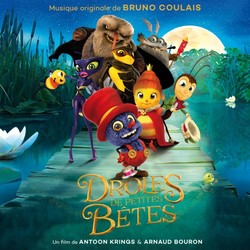 Bruno Coulais provides a charming, ingenious score, full of leitmotifs for every character, action music, wondrous melodic themes and refreshing orchestration, all in his own inimitable style. The music was recorded in magnificent sound in London under the baton of Alastair King; the recording was produced by Jean-Pierre Arquié.