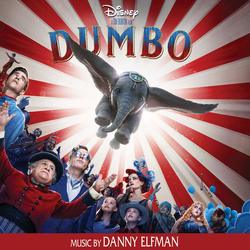 Perhaps the most memorable moment in Disney's 1941 classic film is the poignant lullaby, "Baby Mine." The soundtrack and film feature new versions of the iconic song. Sharon Rooney, who plays Miss Atlantis, performs the song in the film, and Grammy-winning group Arcade Fire performs a touching acoustic rendition the end-credit version.

Danny Elfman's score was performed by an 85-piece orchestra and choir in London.