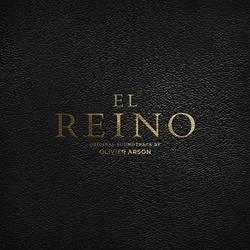 Quartet Records presents the original motion picture score composed by Olivier Arson for the acclaimed Spanish movie El Reino, directed by Rodrigo Sorogoyen, written by Sorogoyen and Isabel Peńa, and starring Antonio de la Torre, Nacho Fresneda, Luis Zahera, Mónica López, Ane Wagener and Jose María Pou. The film is about a Spanish politician whose high-class lifestyle, based on nefarious and illegal business, threatens to break his entire party after a newspaper expose him to the public eye.

Olivier Arson composed an entirely electronic and techno score for the film. It's frantically dynamic, immersing the story in a labyrinth of chaos and tension, as unpredictable as the protagonist's distinctiveness.

Produced and mixed by the composer, mastered by Carlos Koschitzsky, the music is presented in six suites, partially re-recorded and re-mixed for the album, on a musical journey to the dark side of politics.