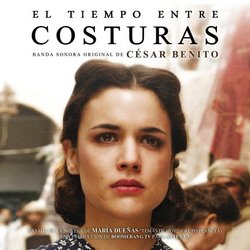 El tiempo entre costuras features an immensely beautiful, lush and romantic orchestral score by Spanish composer César Benito, whose music for the feature Ways to Live Forever was released by MovieScore Media in 2011.

Our soundtrack album, which will be available both in digital format and on CD, presents 70 minutes of music carefully selected by the composer and reflecting the dramatic Spanish Civil War narrative which has engaged millions of viewers. Solo piano compositions which are somewhat minimalist in nature forms the thematic backbone of the score in conjunction with Benito's elegant orchestrations. Yet another example of the amazingly high standards of Spanish film music!