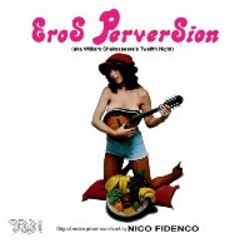 It's surely the taste of such a skilled musician as Nico Fidenco that is the key to rightly interpret that particular way of expressing eros through images. So in the middle of the dance explosion, of the great disco funky music we are gifted with the berry on the cake prepared by one of the most inspired composers in that field of cinematography. Thanks to this never before released soundtrack we are offering a 60 minute selection with all the music recorded for the movie in Jewelbox edition featuring an 8 page booklet, artwork by Daniele De Gemini, master by Claudio Fuiano and liner notes by Fabio Babini. Shakespeare inspired, the guru of the late 70s sound, eros defined in musical: a masterpiece that will leave you breathless!